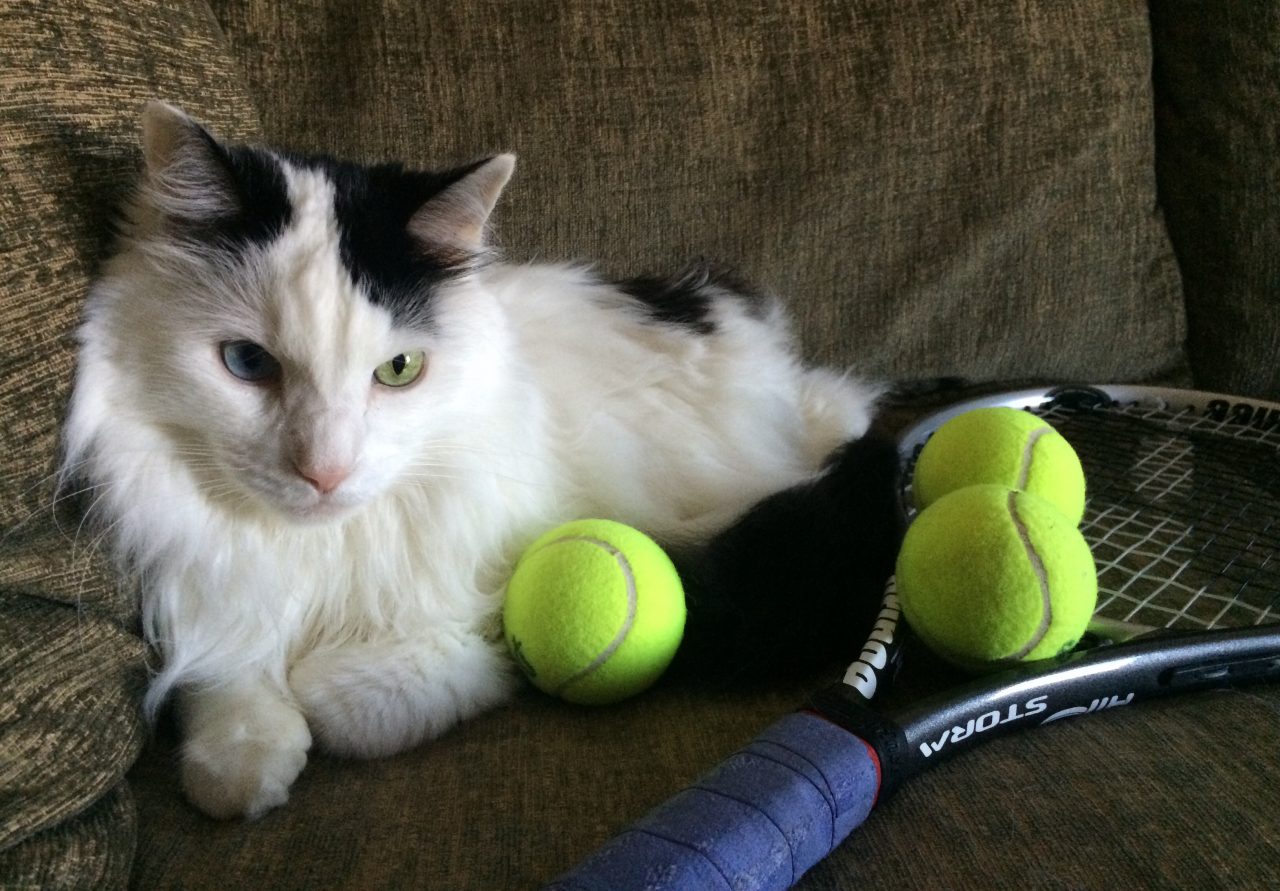 Well furry friends, we went from the deserts of California to the Sunshine State, Florida this week. Tennis is in full forehand swing in Miami on the Barney-esque purple courts at the Miami Open.

Let’s re-cat what has happened so far:

Last week, we saw two of the big names OUT in the early rounds.

This week is definitely the business end of this tournament and yesterday saw so many three set close matches between “veterans” and this “next gen” of tennis stars. And not all of this was nice and pretty. Matter of fact, the handshakes at the net were more ice cold than beach warm. Here is how it all shook down:

And then there was the Thanasi Kokkinakis vs Fernando Verdasco match that went down in flames! Oh boys, can’t you just play nice? The answer is NO. In a bizarre exchange of accusations, curse words and arguing with each other on the change overs, Verdasco was the one who kept his cool and finally won that final set. It is unfortunate that Kokkinakis couldn’t hold it together because he has a nice game. I meow, he beat Roger last week, for goodness sake! But at 21 years old, he still has some learning about controlling one’s emotions.

The rest of this tournament should be a good one. I, for one, am excited to finally spy some young talent showing up to play! Stay tuned, furriends, and I’ll let you know how it goes.

5 thoughts on “Bienvenidos a Miami”